INVERSUS has bee getting a steady stream of patches since it launched one month ago. Today marks the release of 1.2.0 on Steam. So what’s all this new stuff?

Let’s start out with the 1.1.0 update that hit Steam and PS4 a couple weeks back:

Now for today’s update (out on PC and coming to PS4 soon):

Showing to the World 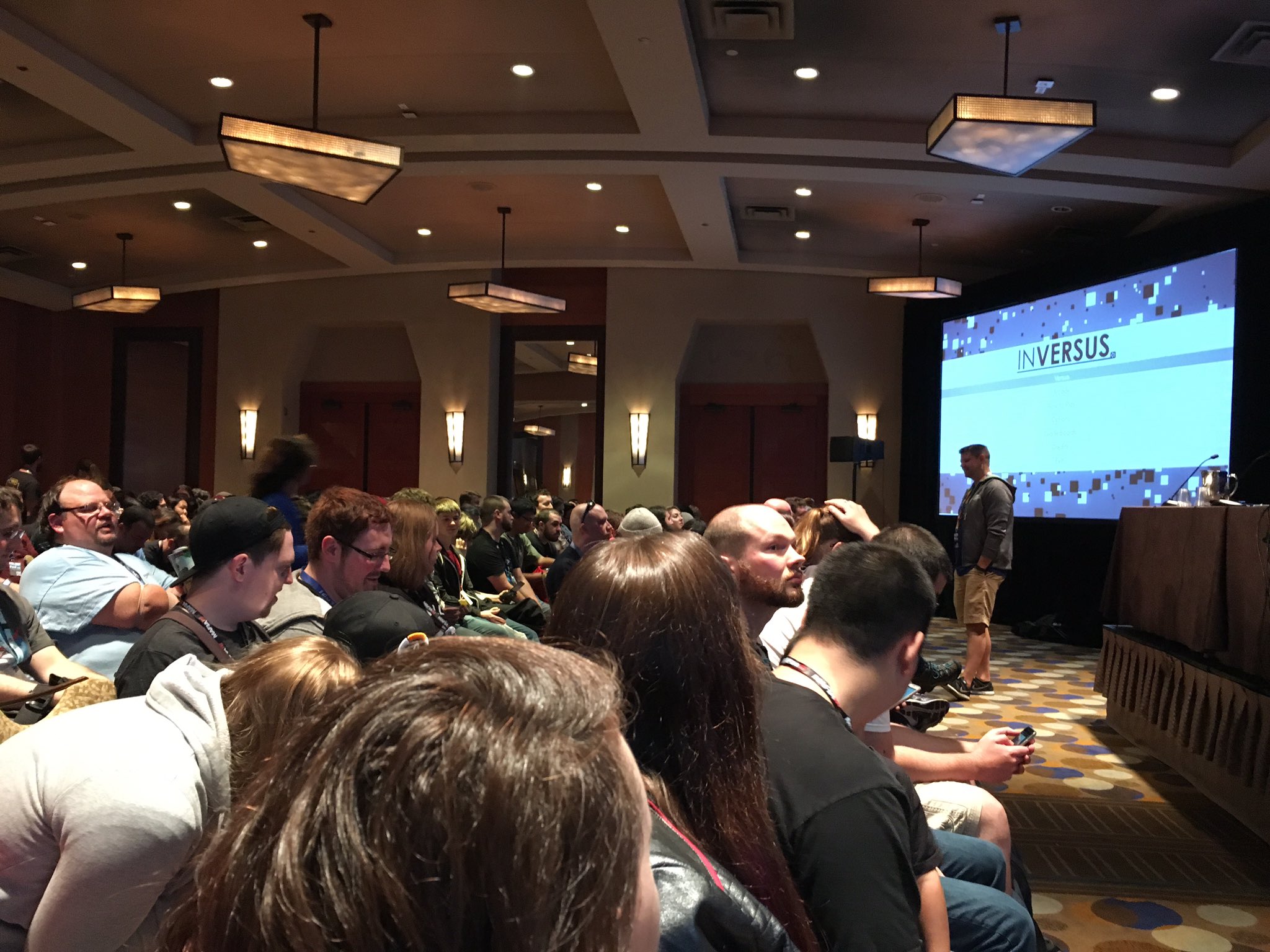 Being part of the PAX10 at the start of the month went great. Check out that picture to the right of INVERSUS being played in the Omegathon!

INVERSUS was also recently in Busan, South Korea as part of BICFest. Unfortunately I didn’t get to go.

It would have been great to go to Tokyo Game Show this past week. If only I had known all the top PS4 players would be from Japan!

There are some more show dates forthcoming that I can’t announce yet so keep an eye out on twitter and elsewhere. (I try not to spam this list with small details).

You can now buy 4 Steam keys for the price of 3 over at inversusgame.com. If you’re looking to hop online with a group of friends, this the best way to get in.