The latest edition of the INVERSUS Newsletter has hit the shelves. 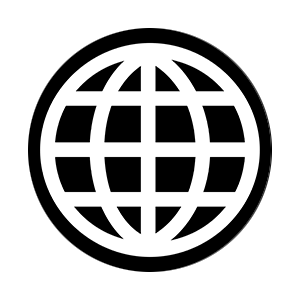 Everyone has been asking for it, and I’m excited to say that INVERSUS is going to ship with online multiplayer! You no longer need a group of friends on the couch to play competitively. Even more exciting, I’ve already got the core of it working on Steam. Click here if you want to see a gif recorded from the first online match. It uses a rollback system similar to a modern fighting games and already plays great!

All that said, there is some new work ahead. I need to get the networking functional on PS4, add support for friend invites, handle four player matches, and deal with tons of error cases. I also want to try online co-op arcade mode (fingers crossed)! As a result, the release date is getting pushed out to late summer. The wait will be well worth it, however, and I appreciate your patience.

PAX East is right around the corner, andINVERSUS will again be joining the Indie MEGABOOTH! I had a great turnout with IMB at PAX Prime last fall, and can’t wait to meet everyone on the east coast this time around.

If you’re attending, stop by, say hi, and play a few rounds. I’ll be there all three days. Check out some more of the IMB selection in the trailer below.

Best of the MIX 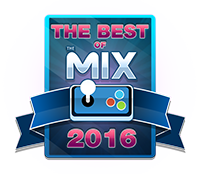 I got to show the game at IGN this month as part of the annual Media Indie Exchange event and it was a hit! Judges Mitch Dyer of IGN, Mary Kish of GameSpot, and Alex Austin of Cryptic Sea Studios put INVERSUS as runner up for best game out of nearly 50 titles. 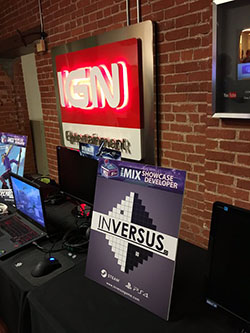 What better way to finish this off than a list of random stuff that’s been happening?